Made in USA, ProVanax is an over the counter supplement formulated to reduce anxiety, panic, and depression symptoms to help elevate the mood.

But do its ingredients really work without side effects?

Where to buy ProVanax – Amazon, GNC, Walmart, or..?

>> Check out Full Product Details of ProVanax by HFL


ProVanax Ingredients Review: How Do They Work?

Seeking to allay skepticism, we’ve comprehensively reviewed key ingredients of this mood optimizer, including what are the medical research results on ProVanax ingredients in term of their effectiveness to help improve our mood.

Native to Europe and Asia and naturalized in North America, Valerian is a flowering grassland plant that is well known for its sedative qualities and its ability to relax the central nervous system and the smooth muscle groups.

This natural remedy is considered to be safe and gentle, as evident that:

with studies show Valerian increases the amount of a chemical called gamma aminobutyric acid (GABA) in the brain to help regulate nerve cells and bring calming effect on anxiety.

For instance, scientists at the University of Bonn in Germany confirmed Valerian is a sedative for tension and stress by revealing the following clinical study:

Scientists measured the brain waves of just under 50 test subjects. After caffeine was ingested the alpha waves signalling relaxation levelled out. By contrast, the beta waves, signs of nervousness, became more marked. When Valerian extract was administered, this effect was neutralised – an additional indication that the plant does in fact affect the A1 receptor.

On the other hand, Charité University Medical Center in Germany conducted a double-blind, placebo-controlled study involving 16 patients with a median age of 49. The study concluded treatment with a herbal extract of radix Valerian demonstrated positive effects on sleep structure and sleep perception of insomnia patients.


As such, by improving GABA levels, valerian makes it easier for both the mind and body to relax, by reducing anxiety and improving the length and quality of sleep. Since relaxation is the antithesis of stress, Valerian can significantly help with daily stress management, says Dr. Josh Axe, Certified Nutrition Specialist and expert in Natural Medicine.


To learn more on how Valerian in ProVanax work to reduce anxiety and stress while help to get you to sleep – watch this excellent video by Monica Wilde who is a forager, research herbalist and ethnobotanist, and a Fellow of the Linnean Society.

St. John’s Wort, also known as Hypericum perforatum, is an herbaceous perennial plant with yellow flowers which is used for preparing different types of medicines for centuries. This herb has active ingredients like Hyperforin with antibiotic properties, and Hypericin that is used for treating depression.


British Herbal Medicine Association examined through more than 30 studies conducted on 1700 patients, concluded that St John’s wort is an effective remedy for mood disorders without the side effects of more conventional anti-depressants:

5-HTP (5-hydroxytryptophan) is a compound that the body makes from tryptophan (an essential amino acid that we get from food). It is also produced commercially from the seeds of an African plant called Griffonia simplicifolia.

According to WebMD, 5-HTP is used for anxiety, depression, migraine, tension-type headaches, and sleep disorders. 5-HTP works in the brain and central nervous system by increasing the production of Serotonin, which also plays an important role in depression, insomnia, obesity, and many other conditions.

Passion Flower, also referred as Passiflora incarnata, is a plant that belongs to the Passifloraceae family. The ground parts of this plant is generally used preparing different types of medicines that help in treating generalized anxiety disorder, gastrointestinal upset related to anxiety or nervousness, insomnia, asthma, and high blood pressure.

Passion flower helps in enhancing the GABA in the brain to lower our brain activity, and thereby soothes the mind by providing relief from problems like nervousness and insomnia. 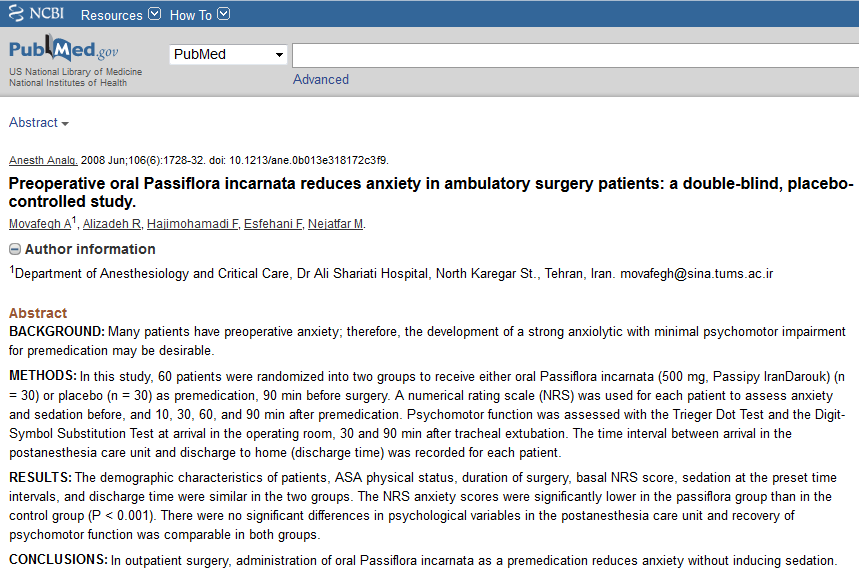 
ProVanax Side Effects Review: Is It Safe?

Manufactured in USA under GMP standards as defined by the FDA, ProVanax is a natural supplement that combines safe doses of natural ingredients that are generally safe, with side effects are rare but possible:

Just like any supplement, it is important to follow the manufacturer’s instruction to avoid any adverse effects due to overdose.

The ProVanax dosage recommendation and direction by the manufacturer is:

If you are a first time user of ProVana, it is best advised that –

Just like any new supplement, start low during the first 2-3 days, test only 1 or 2 capsules at a time, simply to see how your body reacts.

If you feel fine, then go ahead and begin using higher dosages as recommended by the manufacturer, in which there are several ways one can best utilize ProVanax for maximum benefits and results, vary based on daily symptoms.


ProVanax Reviews: The Verdict – Where To Buy

Made in the USA, ProVanax is an OTC supplement formulated to reduce anxiety, panic, and depression symptoms to help improve your mood – with the efficacy of its all-natural ingredients, including valerian and St. John’s wort, are supported by clinical studies.

While not available for sale in retailers and stores like GNC, Walmart, Walgreens, Amazon, and CVS —

This product is available to buy online via ProVanax Official Website, regardless if you are in UK, Canada, or Australia.